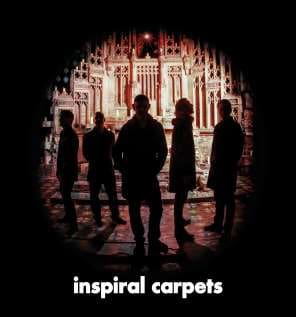 The band unveil their first new studio album in two decades in September. Simply entitled INSPIRAL CARPETS the album was recorded in Manchester and has been mixed by Jim Spencer (The Charlatans, etc.).

The 12 song album includes the track Let You Down featuring the legendary Manchester Punk poet John Cooper-Clarke. Also on the album is the Record Store Day vinyl only single You’re So Good For Me.